NLC
Finally got FreeBSD set up on all my shit. Following 11-STABLE.

I was using Arch Linux on my desktop for years. Now it's running FreeBSD. Good nVidia support.

Thinkpad X240 for my laptop. I was using OpenBSD for years on that, because OpenBSD has phenomenal hardware support when it comes to Thinkpads. Got FreeBSD set up on that with a little tweaking. And my battery life went up by two hours. One with just FreeBSD, two with powerdxx as a drop-in replacement for powerd. Plus FreeBSD just feels faster than OpenBSD for daily home use.

I still am going to use OpenBSD on my miscellaneous servers, that shit's on locc. 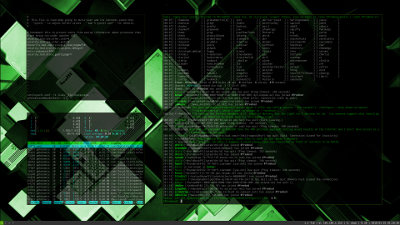 [edit]
That wallpaper looks really bright, must be the compression. It's darker and easier to read the transparent terminals on my setup.
Last edited: Jan 25, 2018

NLC
Lol, I tried to install Linux Ubuntu a couple of months ago as a dual boot with Windows 10 on my Desktop. I f*cked up somewhere tho, windows was gone

sander k said:
Lol, I tried to install Linux Ubuntu a couple of months ago as a dual boot with Windows 10 on my Desktop. I f*cked up somewhere tho, windows was gone
Click to expand...

Haha. Lemme guess, it just magically disappeared because Linux is so great, right?

If you ever get tired of the bloat of Ubuntu and/or the systemd fiasco (it's becoming GNU/SystemD/Linux rather than GNU/Linux now), give Void Linux a shot. It's a Linux distro created by a former NetBSD dev and it's quite nice.
You must log in or register to reply here.
Share:
Facebook Twitter Reddit Pinterest Tumblr WhatsApp Email Link
Top